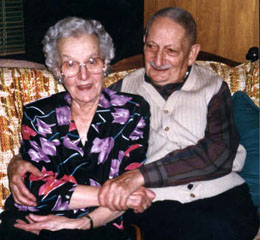 Today a meeting was held at the request of Assistant Deputy Minister of Health, Wendy Hill, with some of the family of Frances and Alfred Albo, to evaluate IHA’s implementation of Dr. Ballem’s recommendations.

After the meeting, Carol Albo noted that… “Although eleven much needed beds have been added in the area and 15 promised for 2008, we continue to feel patronized. IHA made piecemeal changes in an attempt to appease public outrage, rather than in a serious commitment to deliver reasonable service to seniors.”

“The issue of distrust by the community hasn’t been resolved,” said Jerome Albo, “and such issues as KIRO Manor (a vacant IHA care facility) only add to this suspicion.”

While Jim and Jerome Albo acknowledge that some positive actions resulted from changes implemented by IHA following the deaths of their parents, much more needs to be done to bridge the gap between communities and health authorities. Jim Albo concluded, “The incompassionate and dictatorial methods of the IHA need to change, in order to bridge this gap.”

press  BACKGROUNDER - Society for the Prevention of Cruelty to Seniors (SPCS)

Concerned Trail and area citizens formed the Society for the Prevention of Cruelty to Seniors (SPCS) in August in answer to public meetings and demonstrations.

In a recent SPCS press release, President Carol Albo said, “While IHA claims to have addressed some of Dr. Ballem and Martin McMahon’s recommendations following the death of Frances Albo, we disagree. For example; three recommendations vital to SPCS concerns:”

Recommendation #5 High Priority…that additional transition beds be opened in the KBH service area. The purpose of these beds being to offer immediate strategies to relieve the exigencies arising from the acute, in-patient pressures.

Recommendation #6 High Priority…that additional resources and spending be committed to further develop and enhance the range of community resources and services, particularly in the area of palliative care.

Recommendation #8 Medium Priority…that we (IHA) consider supporting the planning and implementation of unique community-based solutions, which can assist in meeting the health challenges which confront the area.

In a News Release March 1, 2006 Minister of Health George Abbott, stated that more transition and palliative beds would be established in Trail.

“But those recommendations were addressed by the SPCS proposal: 6 palliative beds, 5 respite, 1 urgent assessment and 10 transition beds. The SPCS Transition Unit answers all those recommendations; it is community formed, community supported and would be community-based in an appropriate, economically feasible, already existing facility,” Albo said

Instead, the Trail area has lost resources and contracted down the palliative services that were available prior to Dr. Ballem’s report. Cuts to local Hospice funding and lack of beds, has seen area palliative patients housed in hospital wards instead of private rooms.

Newly appointed Chair of the SPCS Communications Committee, Scott Leyland goes on to note that the final recommendation of Dr. Ballem was: “Proceed with initiatives to effectively engage the communities with their health system.” However, there was little community consultation and the resulting discontent led to an External Operational Review  (funded by IHA) which confirmed that the direction was too dictatorial, without listening to the front-line workers, nor the community.

Some important results of the external review were:

2.       “There is no local control with all decisions made by the Chief Operating Officer (COO) or by decision makers in Kelowna”

3.       “Stakeholders perceive the dominant management style to be oriented toward a command and control approach. Physicians echoed many of the general comments concerning leadership and management.”

4.      “All groups spoke of not being heard or respected. Community stakeholders expressed significant distrust of IH who were widely seen as operating without regard to local interests.”

An experienced cost analyst and people with backgrounds in engineering volunteered and were appointed by SPCS to do a fair and open feasibility comparison of combining half the IHA Wellness/Office with a 22 Bed Transition Unit proposed by the community for KIRO, using standard costing procedures.

The IHA pretended to take them seriously. Unfortunately the disrespect, contempt and deception continued

In a recent press release, the IHA notes they spent hundreds of staff-hours assisting the SPCS in their study.

“But it wasn't until we accidentally gained access to a full set of drawings, commissioned by the IHA, prepared by DGBK - Architects in Vancouver, that we became aware of the full extent of the IHA' s duplicity,” notes Bill Shepherd, member of the SPCS Feasibility Committee. “Despite statements that funding for KIRO had been postponed or put on hold, the dates on these drawings (Oct 13 for costing/ Nov 21 for funding) made it very obvious that IHA had gone ahead with their plans for KIRO.”
3.
“It is rather galling to think that all this tax-payer money, spent by tax-payer-funded staff on the "hundreds of staff-hours assisting the SPCS in their study" was for nothing more than to lay a smokescreen to hide the real IHA intentions and activities from the public,”  said  SPCS Feasibility Committee member, Peter Van Iersel.

In its various press releases these past few days, IHA officials continue to avoid accountability and clarity by combining project announcements that confuse the public,  in an attempt to wear down community resolve.

They have even gone so far as to coach key local politicians by “Speaking Notes” aimed at discrediting the SPCS volunteers’ expertise and depth of diligence. One such coaching note asks Trail Mayor Dieter Bogs to say:

“Renovating KIRO to accommodate 22 beds would cost $6.8-million, not $1.5-million as suggested by the SPCS….The SPCS report was well meaning, but the very qualified facilities management staff at IH had a good look and just say it can’t be done. It doesn’t leave enough room for the Wellness Centre, the cost estimates look very low, what the community was really asking for was additional beds and now we’ve got that, I think we should let the IH get on with the Wellness Centre as quickly as possible.”*

“How patronizing,” said Carol Albo. “These “Speaking Notes” were dated Nov. 21; three days before IHA reps (including IHA cost analyst Nicola Hippertz) sat down with SPCS cost analysts and confirmed the low estimates as accurate, especially compared to the 6.8 figure used by IHA.

IHA also  confessed to us that they had never sought other, cheaper office leasing than the $500,000/yr. they are currently committed to.”

February 2012
EVENTS
Please mark Monday Feb. 20 on your calendars as the date of the annual Memorial Vigil when the deaths of Frances & Alfred Albo pointed out the glaring shortage of care beds in our area. It is now both a memorial vigil and one noting the on-going loss of health services. Recently, Penticton saw an elderly couple unable to stay together because the Health Authority did not have enough beds and wouldn't permit the couple to move ahead of single, waiting seniors. Also a Victoria couple had a similar problem.  By going to the media, fortunately, a location for the Penticton couple to be together 'materialized' but the husband spoke of how stressful the whole ordeal had been. The family of Frances & Alfred Albo had been assured after the deaths that no husband and wife would again be separated; but last year, locally, we know of at least one other attempt to force a couple apart, which was averted last minute by threats to speak with media. Now the Penticton and Victoria couple went public... many more separations may be happening without public awareness.
If you know of examples of problems with health care locally, contact us by email or phone so we are informed and prepared for any media questions locally. We do not need to use names, just examples, as long as they are true cases.

***Concerned people will gather outside the Trail hospital for an hour or two, between the start at 11 AM and the conclusion at 3 PM. Come when you are able.  If you plan to attend, dress for the weather and bring a light-weight chair, if required.

WHERE:    Front of Kootenay Boundary Regional Hospital, Trail BC

Letters to the Editor

It has been five years since the death of my parents while in the care of the Interior Health Authority.

They were four months short of their 70th anniversary and both in hospital, when despite our family’s wishes, they were separated and my mom was moved to a long-term-care facility more than 100 kilometres away. She was transferred by an office worker and without being seen by a doctor. She died alone within 45 hours and her husband died in hospital 10 days later.

I will once again be holding a vigil from 11 a.m. until 3 p.m. outside the hospital on Friday to protest their deaths, the treatment of seniors by our health care system and the ongoing shortage of long-term-care beds.

Only a few weeks ago, another local family contacted us because IHA again was going to separate an elderly, long-time married couple. One partner was already in long-term care and the other now qualified for the same long-term care, but no accommodation in the same facility was going to be provided. The promise made to my family by IHA after our tragedy had been forgotten and it took the reminder and the intervention of our MLA to prevent a similar tragedy again.

Despite IHA claims, B.C. now has the second-lowest number of residential care beds per 1,000 seniors over age 75; only New Brunswick has a lower rate. We need to be working to increase numbers of beds to the levels achieved by Saskatchewan or Manitoba, not racing other provinces to the bottom.

The IHA recently said there was only one person in acute care in KBRH waiting for residential placement. However, I have heard some people say they are being forced to leave although unable to cope at home.

Others say they have to take parents into their own homes, or pay the $29.40 per day fee if they need longer hospital convalescent care. Often there is nowhere else they can go, except to leave their hometown where they have friends and relatives.

The IHA needs to realize that growing old is not a crime; it is a fact of life. Seniors, and indeed all patients and their families, deserve to be treated with compassion, dignity and respect. There’s lots the IHA could be doing to help seniors, but it still isn’t happening and that’s why I and some friends will be taking a stand outside Kootenay Boundary Regional Hospital on Friday.